Maserati will outline its bold ‘new era’ model strategy at an event in September, rather than May as previously planned, as the European auto industry enters a state of shutdown due to the coronavirus outbreak.

The event, called “MMXX: The Way Forward” is still scheduled to take place in the firm’s Modena home town, and will show how the Italian brand will take its line-up of sports cars, SUVs and luxury saloons into the electric era. It has not yet been confirmed if the new MC12 supercar, described as a spiritual successor to the iconic MC12, will still be unveiled in May.

Maserati’s electrification strategy is set to begin later this year with the launch of a hybridised version of the Ghibli saloon.

The BMW 530e rival is expected to be powered by a new plug-in petrol-electric system offering a useable all-electric range and ultra-low CO2 figures. It will also feature Level 2 autonomous driving capability, with Maserati intending to progress to ‘hands-off’ Level 3 features in the near future.

The Ghibli will be followed in 2021 by the second-generation version of the Granturismo and Grancabrio, which will feature the brand’s first fully electric powertrain. It has been previewed in a brief video, and is expected to begin on-road testing in the coming months. A spokesperson confirmed to Autocar that these cars will also be available with petrol engines, but it remains unclear whether they will use an all-new motor or an evolution of the outgoing car’s 4.7-litre V8. 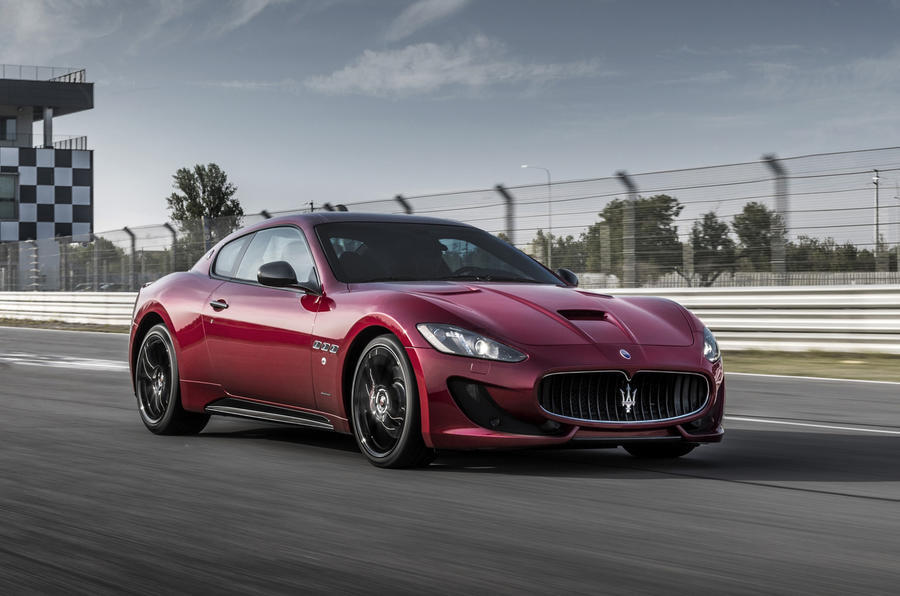 As part of parent company Fiat Chrysler Automobiles’ €5 billion (£4.43bn) investment programme, Maserati will extensively upgrade its production facilities, but everything will continue to be built in Italy. The firm has invested €800m (£666m) in adapting its Mirafiori factory for electric vehicle production, and anticipates that the facility will “strengthen its position as a world hub dedicated to the electrification and mobility of the future, with a large proportion of its capacity allocated to the production of the brand’s new electrified cars”.

The flagship MC12 supercar, however, will be built at Maserati’s headquarters in Modena. It is expected to launch later this year in fully electric form, before becoming available with a high-output hybrid powertrain and potentially a pure-petrol option.

In 2021, a new SUV will be launched to sit below the Levante. Said to play a “leading role for the brand thanks to its innovative technologies”, it requires an investment of around €800 million (£708m) for the construction of a new production line that will open next spring. The first pre-series cars will emerge early in 2021. A convertible version of the Alfieri will arrive that year, too.

Still unconfirmed but previewed in a leaked product plan last year will be an all-new Levante and Quattroporte saloon, due in 2023.

Construction of a new paint shop, which is claimed to be “equipped with innovative, low enivironmental impact technologies”, has already begun in Modena. This will even allow Maserati customers to watch their car going through the paint process. A further development is a dedicated customisation workshop.